By popular demand- the Family Picnic! 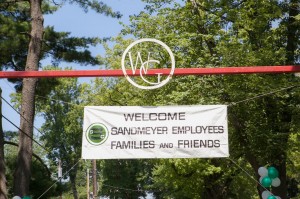 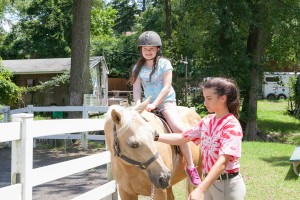 The weather cooperated to help make this a great event for employees and family alike. 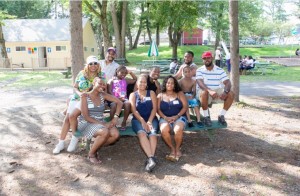 Kathleen brings with her nearly 10 years of experience at several advertising and branding firms, in both Philadelphia and New York. She has provided support for such clients as Whirlpool, Glade, Verizon, and Citi.

“Kathleen joins my son, Paul, as the second member of the fourth generation to join our Company. In addition to traditional market development work, she will be heavily involved with our strategic initiative of providing our customers with an extraordinary customer experience. This will include a new customer portal on our website and an expansion of our use of social media such as YouTube, Twitter, and LinkedIn,” said Ronald P. Sandmeyer, Jr., President and Chief Executive Officer.

Kathleen holds a Bachelor’s degree from Columbia University and currently resides in the Northern Liberties section of Philadelphia.

Sandmeyer Steel Company was founded in 1952 by the late Paul C. Sandmeyer. Family owned and managed, the Company is recognized as a leading producer of stainless steel and nickel alloy plate products used in capital equipment for the chemical and other process industries. The Company services customers throughout the world.

“It’s not that many companies that make it to even the third generation. For us to have a member of the fourth generation come on board is a significant milestone in the history of our Company and a proud moment for me personally,” said Ron Sandmeyer, Jr.

Paul brings with him sales experience with PHH Mortgage, where he served as a Mortgage Loan Consultant for four years. While there, he was the recipient of several business-related awards. Prior to that, he worked as an intern with the specialty steel industry market research firm SMR – Steel & Metal Market Research in Austria.

Paul earned his Bachelor of Science degree in Business Administration from the University of Vermont. He can be contacted at PSandmeyer@SandmeyerSteel.com.